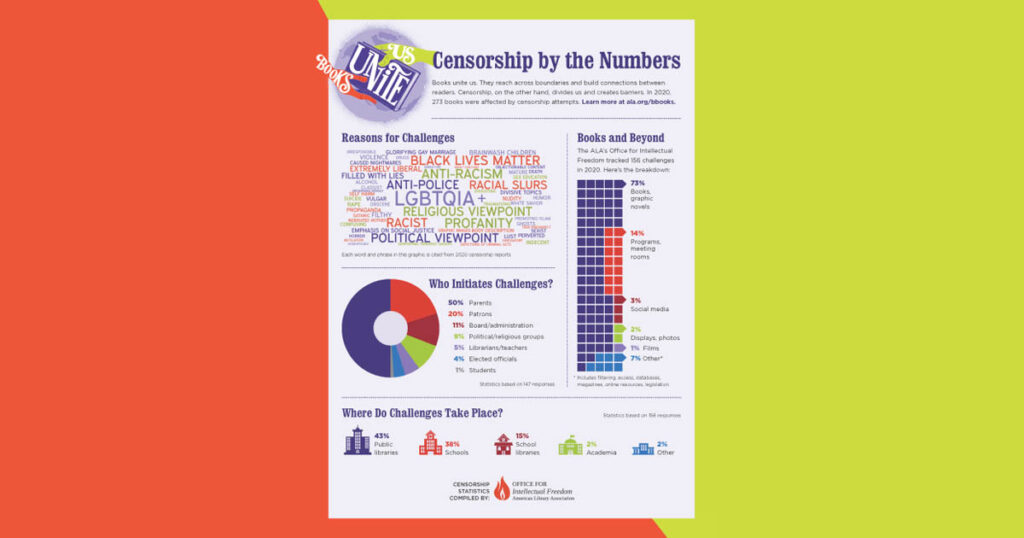 As Banned Books Week continues, we’d like to share some statistics from the American Library Association about books that get challenged or banned and why. Some of the reasons may surprise you.

The American Library Association condemns censorship and works to ensure free access to information. Every year, the Office for Intellectual Freedom (OIF) compiles a list of the Top 10 Most Challenged Books in order to inform the public about censorship in libraries and schools. The lists are based on information from media stories and voluntary reports sent to OIF from communities across the U.S.

The Top 10 lists are only a snapshot of book challenges. Surveys indicate that 82-97% of book challenges – documented requests to remove materials from schools or libraries – remain unreported and receive no media.

The ALA Office for Intellectual Freedom tracked 156 challenges to library, school, and university materials and services in 2020. Of the 273 books that were targeted, here are the most challenged, along with the reasons cited for censoring the books: